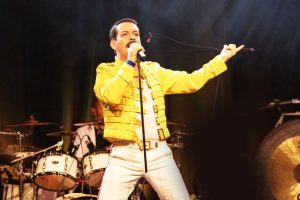 Phil is one of the most authentic Freddies that you will ever see, in his vocal range and strength combined with his energy and incredible stage presence. As well as an accomplished singer, Phil is also a talented pianist and unlike some Queen Tributes plays all the Freddie piano parts live. Phil has been in the performing arts scene from a very early age, taking up the piano at age 5 and performing in his first theatre show at 12. Honing his Freddie like vocals and moves for three years with his solo act, Phil had wanted to perform with a live Queen band for some time before coming together with Supersonic Queen 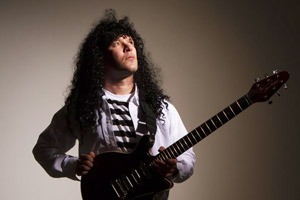 An official “Brian May Guitar’s Artist” as of February 2022, we are very happy to feature West Midlands based guitar genius Matt Parkin. Matt was 9 years old when he was introduced to his first three chords on his uncle’s guitar and was bitten by the bug. Through exploring his Dad’s record collection he discovered Queen, Led Zeppelin, Cream, Pink Floyd to name but a few and these became his superheroes.  Over the years Matt has worked with a range of artists and bands ranging from Function bands, Punk bands and Jazz performance artists as well as being a full time Music Lecturer for a local inner-city college supporting the wealth of talent that the city has to offer. 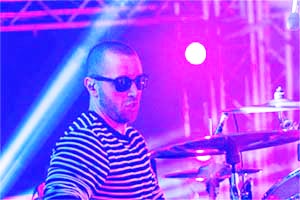 Taking the throne at the back of the stage while leading the charge in many of the legendary songs of Queen is Mr James Breen. James has had the chair for Supersonic Queen since 2016, having brought a breath of fresh air with his playing and attitude he has helped shape the band and push it to new levels of entertaining, along with depping for some  other top Queen Tributes, such as QE2 and Real Magic. James brings a very energetic presence to witness at any performance along with the rest of the band.

Harry has been a big fan of Queen since he was involved in a production of “We Will Rock You” in his late teens and leapt at the opportunity to join such a solid tribute act as Supersonic Queen performing Deacy’s stage antics with an uncanny likeness.  An early starter, He has been playing guitar since he was 10, started playing in a band at the age of 12 then in his late teens took up the bass guitar also. Harry has toured the UK with various other well known Queen acts before joining Supersonic Queen and along with James on drums drives the rhythm section to perfection! 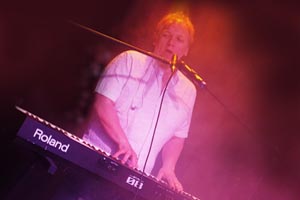 Covering the role of Spike Edney is Mr Rob Norman. Ever since Rob heard Radio Gaga at a friend’s house as a child, he has been a huge fan and always dreamt of being in a band like Queen. Rob is a multi-instrumentalist who performs in various Tribute Shows and in Musical Theatre. Rob has been the long-standing Musical Director for “From the Top” Theatre Company in Birmingham, being responsible for a variety of theatre shows and pantos. As well as playing keys for Supersonic Queen, Rob regularly performs on bass guitar in a variety of top tribute shows, including Meatloud, Mad Manners, All-Ways plus several other Queen Tributes. Prepare to witness the magic of this keyboard wizard! 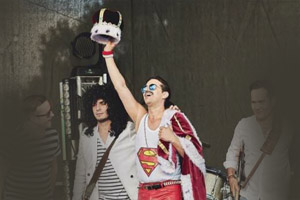 Yvan makes a fantastic Freddie – a highly professional singer who has has been working across the UK and Europe for the last ten years.

Yvan also performs as MJ and one of the Bee Gees when not strutting his stuff as Freddie such is his versatility and standard of mimicry. 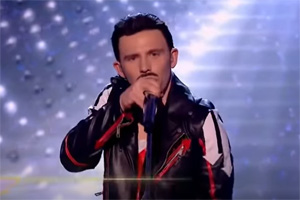 As seen on ITV’s 2022 Tribute Show Starstruck, Michael is one of the youngest and most talented up and coming Freddie Mercury Tributes in the world of Queen Tributes in the UK

Michael performs as solo or with his band “Don’t Stop Queen Now” also.